There has already been considerable research and writing done on the relations between Gulf countries and those of East Asia, South Asia, West Asia and South-East Asia. Most of this work, however, is focused narrowly on the relationship between an Asian country and one or more Gulf countries. This workshop is intended to foster a comparative and interactional approach. On the one hand, the character, extent and quality of each major Asia ...

There has already been considerable research and writing done on the relations between Gulf countries and those of East Asia, South Asia, West Asia and South-East Asia. Most of this work, however, is focused narrowly on the relationship between an Asian country and one or more Gulf countries. This workshop is intended to foster a comparative and interactional approach. On the one hand, the character, extent and quality of each major Asian country’s involvement in the Gulf need to be assessed and analyzed. This needs to be done within a common framework for each Asian country, so that every element can be compared across the board (i.e., from one Asian country to another). On the other hand, attention needs to be given to how the Gulf involvement of each Asian country is perceived by, impinges on, and affects the roles played by other Asian countries. How, for example, do India and China see each other’s roles in the Gulf? In the light of these perceptions, is it likely that their roles will be complementary to each other (and thereby conducive to a cooperative and stable Gulf), or is there an inherent conflict of attitudes and interests? Will Turkey’s expanding presence in the Gulf affect what Far Eastern and South Asian states are seeking to achieve there? How will Pakistan react to India’s growing presence in the Gulf? And how will the Gulf States themselves handle the varying roles of different Asia countries? The workshop will seek to provide a space for dialogue and discussion on such issues – seen as critical to the future of the area – and if possible create some realistic projections for the future.

Within the framework covered in the Abstract, the workshop seeks to attract papers which are closely targeted on the specific concerns of the workshop. Papers should only cover one Asian country, focusing on the characteristics of its involvement in the Gulf (and how it sees the roles played by other Asian countries). Given that there is a substantial range of major Asian players which need to be covered, there will only be space for two (and often only one) paper to be devoted to each country. Each paper, therefore, will either have to cover all of the issues related to the Asian country concerned, or else will need to cover a discrete part of that country’s involvement. In the latter case, the easiest arrangement would be for two paper-proposers to work together in making their proposals complementary – such that all topics of interest are covered. In most cases, the convenors will be able to supply data on trade relating to a country’s trade with the Gulf, so as to ensure that a common basis of comparison is present. “Asia” is being used here to refer to all Asian countries apart from the Gulf countries themselves (despite the fact that they themselves form part of Asia). Turkey is included within this definition. The countries which the convenors see as being most central to the concerns of the workshop are China, India, Japan, Pakistan, South Korea and Turkey. It would, however, also be valuable to have consideration given to one or other of the countries of South-East Asia (perhaps Indonesia, Malaysia, Philippines, Singapore or Thailand), or perhaps a composite paper covering all SE Asian countries. Taiwan, placed within whichever context is most appropriate, could also be covered. A case could also be made for including Russia, by virtue of its straddling Europe and Asia, and perhaps one or other of the central Asian republics. “The Gulf” is used here to denote not only the GCC states but also Iraq and Iran. While papers may give consideration to the possibilities of GCC expansion (involving Yemen, Jordan and Morocco), it is not expected that this should play a central role in the analysis. All papers need to follow a common pattern (or, where two papers are being presented on the same country, part of the common pattern). The sections of papers should be divided as follows: 1. Perspective: how the Gulf fits into the wider global strategy and foreign relations of Country X. 2. Expansion and Composition of Economic Links between Country X and the Gulf: trade, investment, labor and contracts (contemporary, but with a perspective from the last two decades to show path of expansion). 3. Number of country X nationals currently present in the Gulf states, and projections for the future. 4. The Dynamics of Political and Strategic Relations (including the possibility of the Asian country concerned playing a significant strategic role in the Gulf). 5. Country X and other External Players in the Gulf: to what extent does Country X see other Asian powers as pursuing complementary roles to its own in the Gulf region, and to what extent does it see the roles as potentially conflictual? How this relates to the roles played by Western powers can also be considered. 6. Conclusion: in what ways can it be expected that the role of Country X will enhance the well-being of the Gulf region in the future? The intention is to move quickly to publication after the workshop. The topicality of the issues, and the breadth of coverage, should ensure that publishers have a substantial and pressing interest to carry the publication forward. 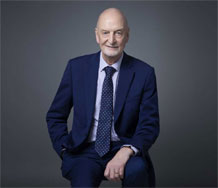